This is not an Extremadura tale, nor is it about birds, but it is a natural history story not far from our local patch, with a happy ending and a warm feel-good factor that will be reason enough to include it.

The Iberian lynx population has been shrinking for many decades. Looking at distribution maps for the Iberian peninsula over the 20th Century is like watching a shallow pool drying out in hot weather. From a large spread of colour the patch has shrunk, split in multiple smaller patches, virtually all of which then dwindle to nothing. Two populations remain, both in Andalusia: Doñana and the Sierra de Andújar. Things have been going reasonably well and total numbers have built to over 300 in the wild. As things were beginning to look up, another cloud has appeared on the horizon: a new hemorraghic disease affecting rabbits.This matters a lot as the diet of the Iberian lynx is 80% rabbit plus occasional partridges and other small birds and mammals.

So in this difficult context we set off to try to see a lynx. The favoured place with a good population of lynx is Sierra de Andújar, in the valley of the river Jandula. 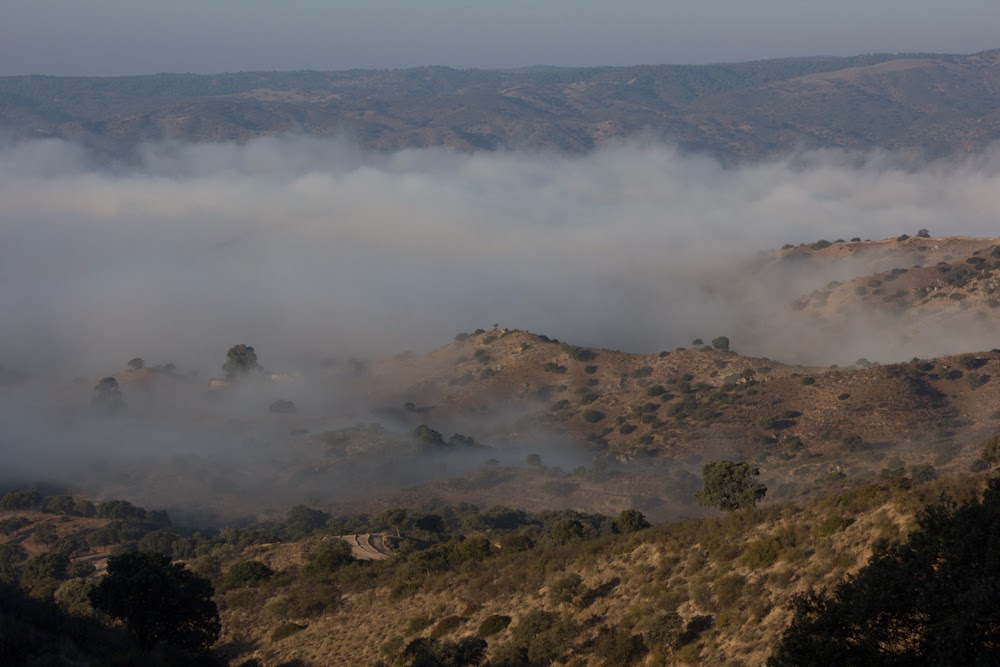 The mornings are cold, with heavy hoar frost but by late morning the sun feels hot. The place has plenty of other natural history interest: Spanish Imperial Eagle and Golden Eagle hunt these hillsides. There are quite a few other hopeful watchers on the quiet track running through the middle of the lynx territory, and a good deal of camaraderie. After one full day with no sightings, we returned the following morning and after several hours were rewarded with a good, long clear sighting of a lynx working his way through the scrub below us. The adrenalin surge was brilliant on seeing Europe's largest feline predator making his unhurried way across the hillside. He is top predator in this neck of the woods, and does he know it?!?! The nonchalant, muscular relaxed pace was paused a couple of times as some prey item was heard or seen. He sprang at one point from a large boulder to another with effortless, athletic grace. 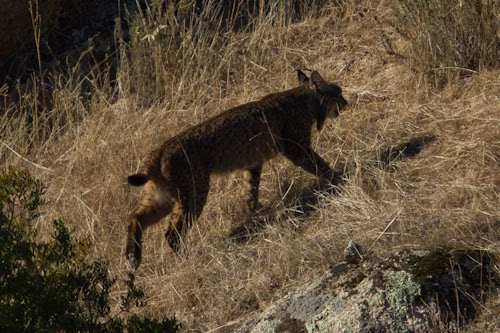 Great efforts are being made and lots of public money being spent to ensure the survival of the species, with 3 artificial breeding centres in operation. One of these is in the north of Extremadura, at Granadilla, so we may yet have the opportunity to recount a meeting with one of these elegant felines on our home patch, maybe with a captured partridge in its maw. In this case we would have even more justification to include the story as relevant to ExtremaduraBirding!
Publicado por William Haworth en 8:26