Here we go round the mulberry bush


The depths of winter are a good time to catch up on organising last year's photos. I have rediscovered a series of shots all related by a common theme, and here it is.

During the spring of 2014 we had an enthusiastic gathering of various species in two mulberry trees we planted near the porch of our house about 8 years ago. One is a White Mulberry and the other a Black, with slightly different ripening times for the fruit. The White Mulberry ripens a few days before its cousin, and  the birds move in enthusiastically. Once it has peaked the Black Mulberry is beginnng to offer ripe fruit, so the show continues for a few more days.

From a hide set up on the porch it was a pleasure to watch lots of birds and lots of species making the most of the luscious fruit. Here is a selection of the visitors. 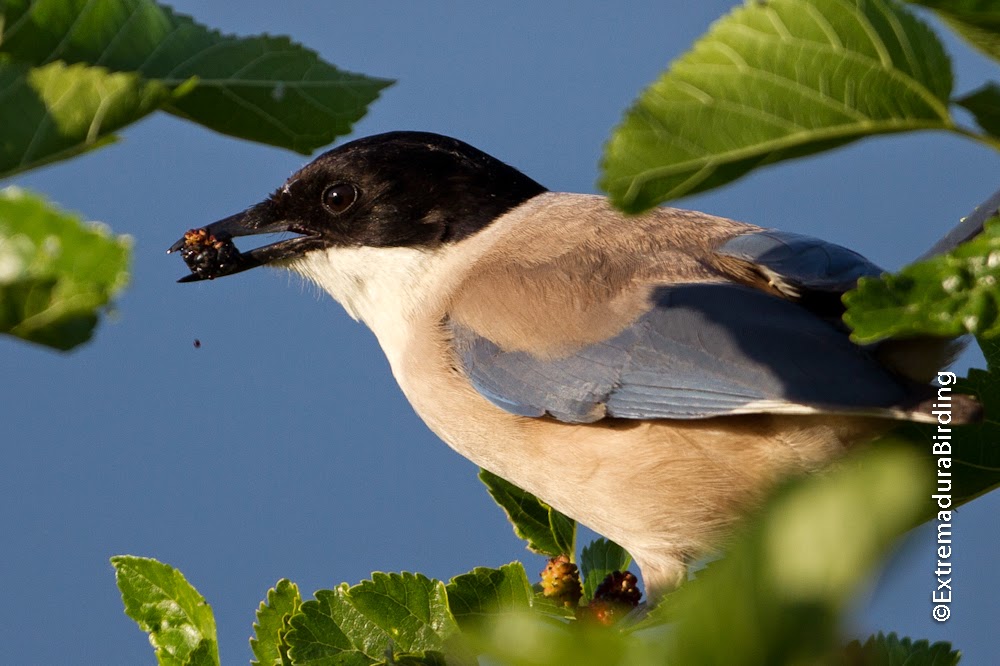 The local gang of Azure-winged Magpies called in every morning. They are such large birds and voracious feeders it seemed that they would strip the tre bare, but there was always plenty left when they moved on. 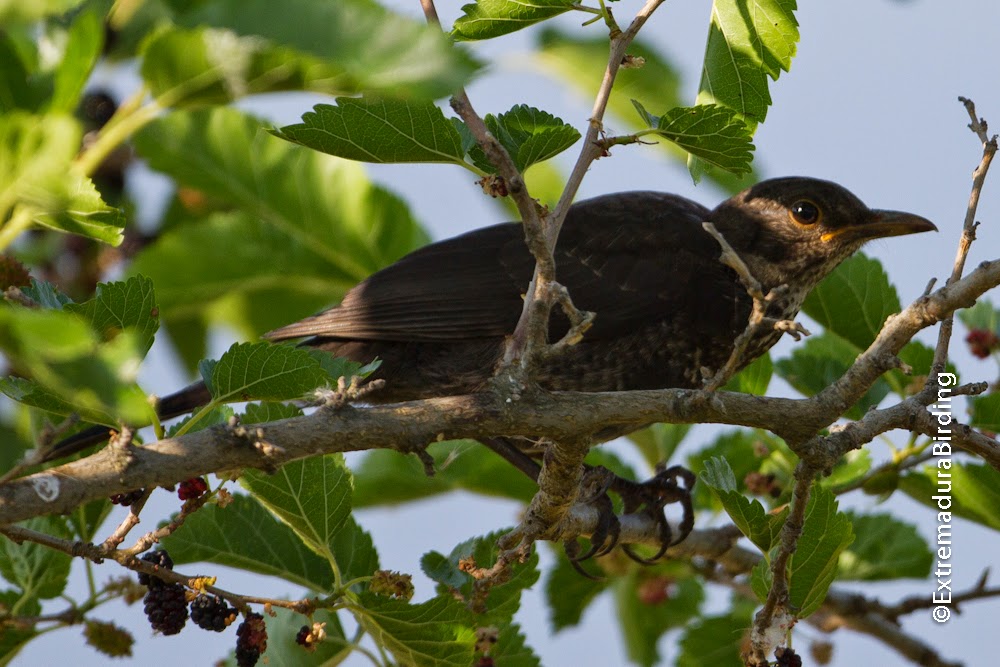 Blackbirds in Spain are much more wary than in the UK. A family would come to feed but would take no chances on security. 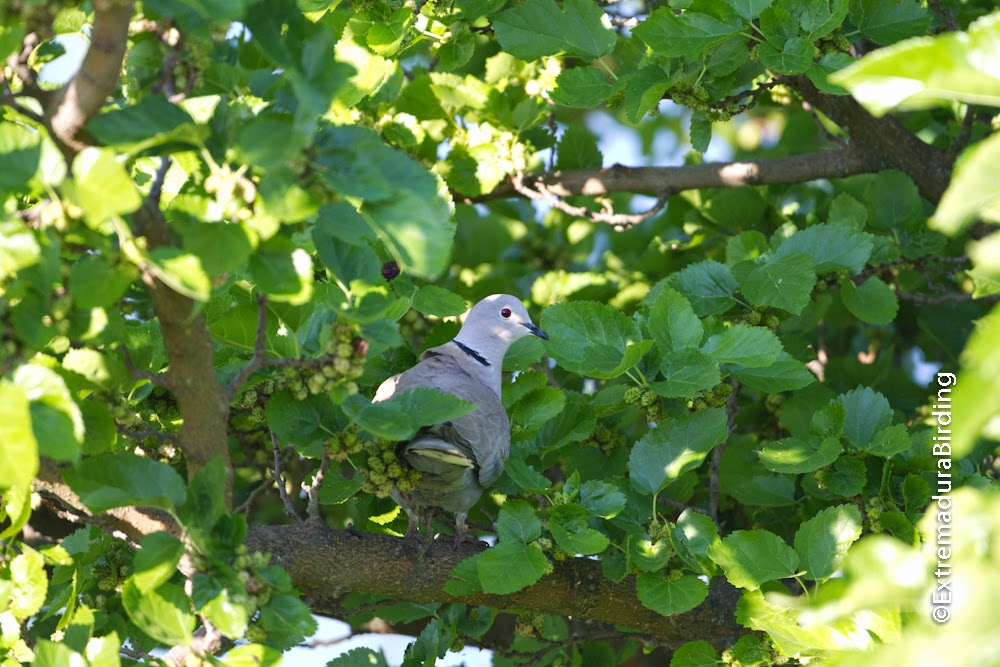 The ubiquitous Collared Dove moves delicately through the tree. 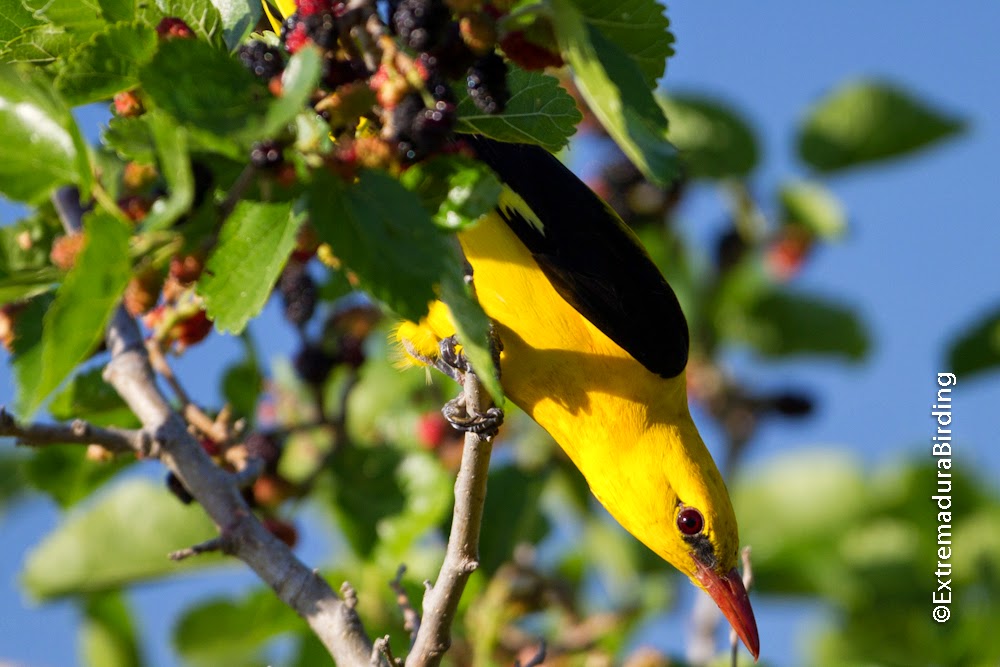 In full sunlight at the front of the tree the Golden Oriole appears luminous! 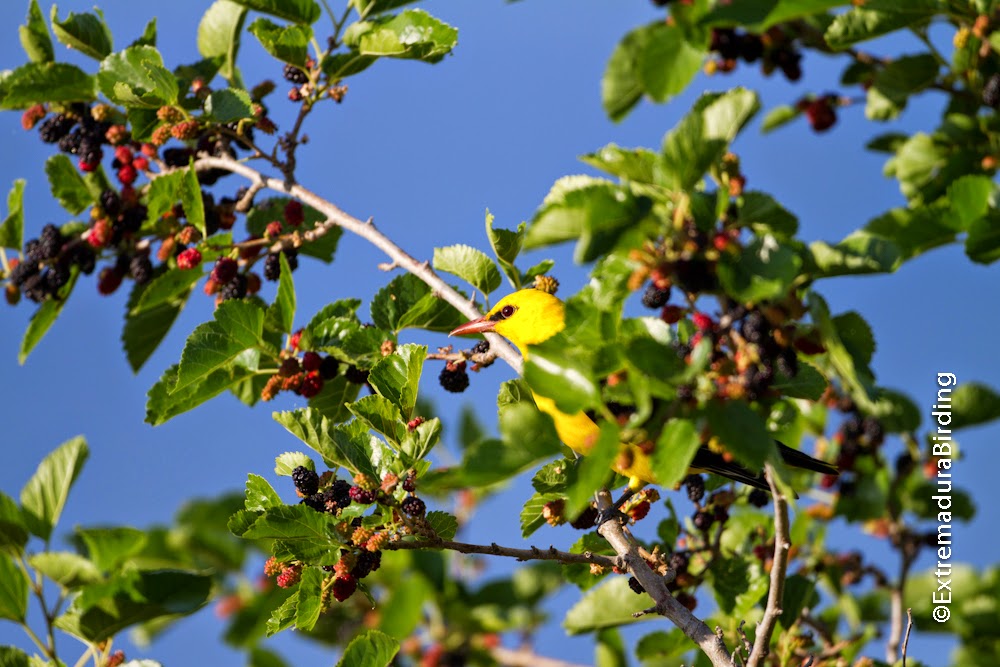 However, he is remarkable well camouflaged on the inside of the tree where the shade breaks up the block of colour. 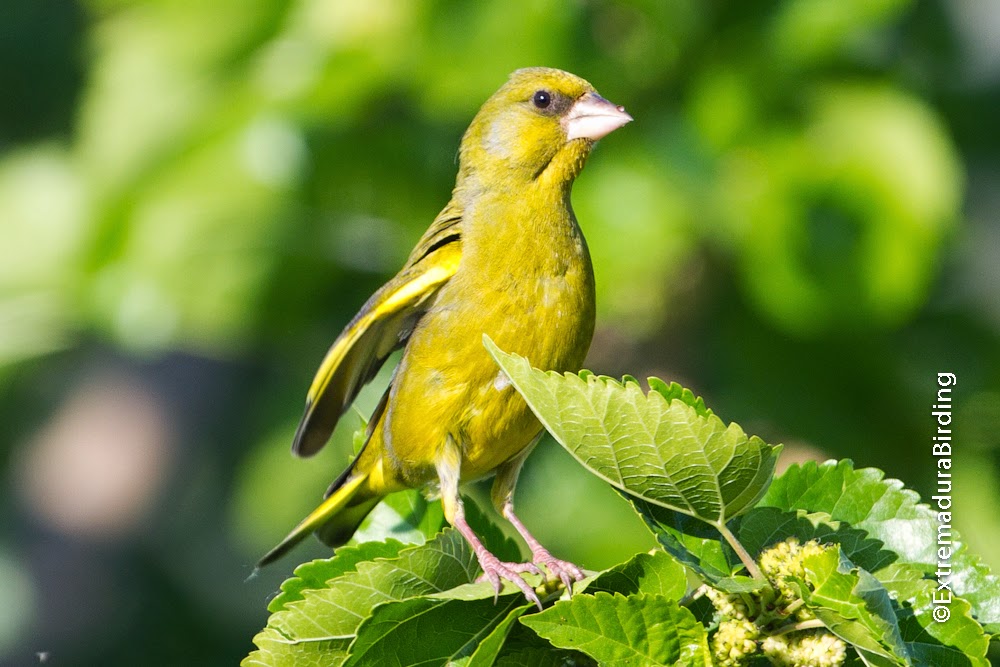 Greenfinch were regular but did not appear to gorge themselves as many other species did. 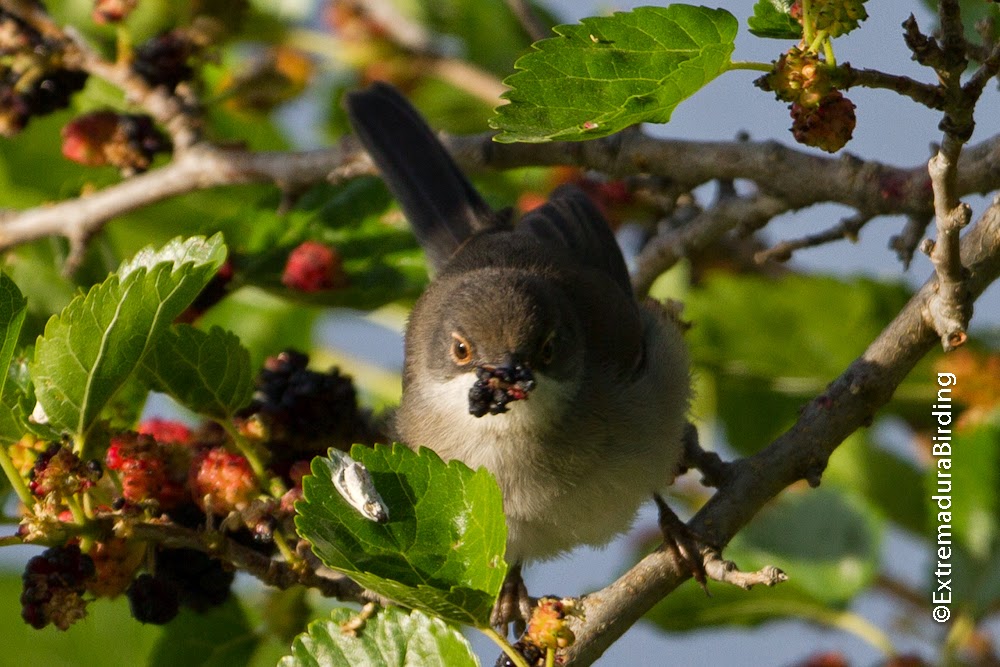 The Sardinian Warbler on the other hand was an enthusiastic feeder. 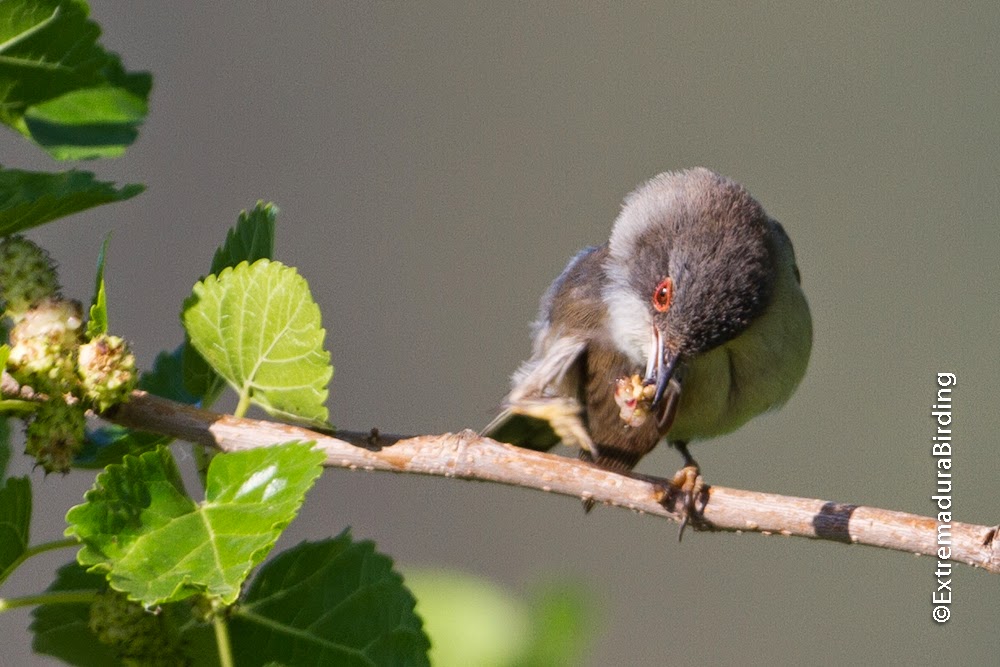 He was keen to eat his fill... 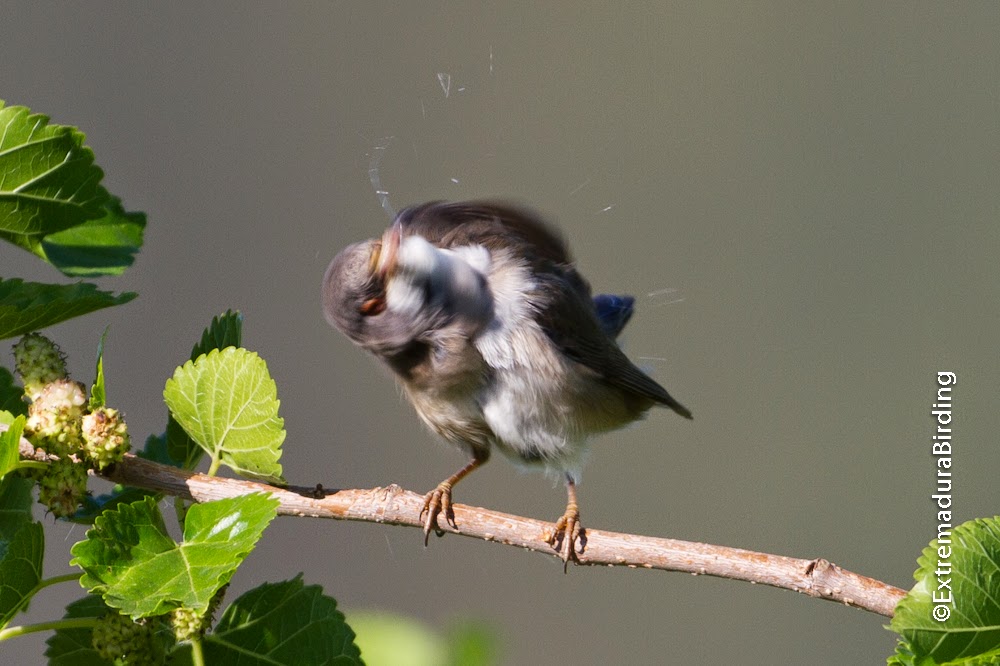 ...and to get rid of excess juice! 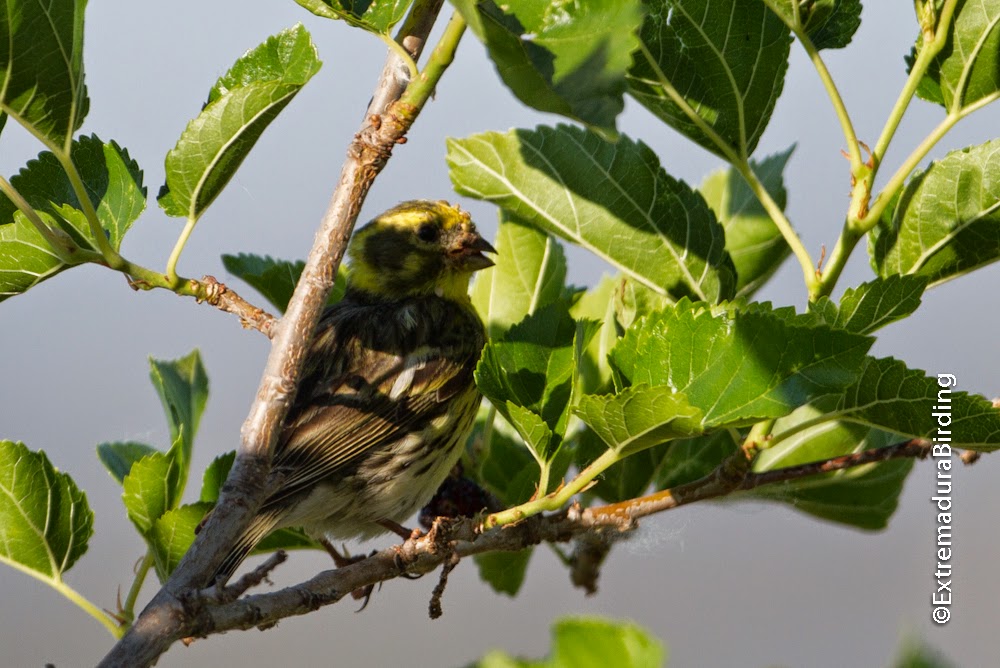 The Serin called by occasionally 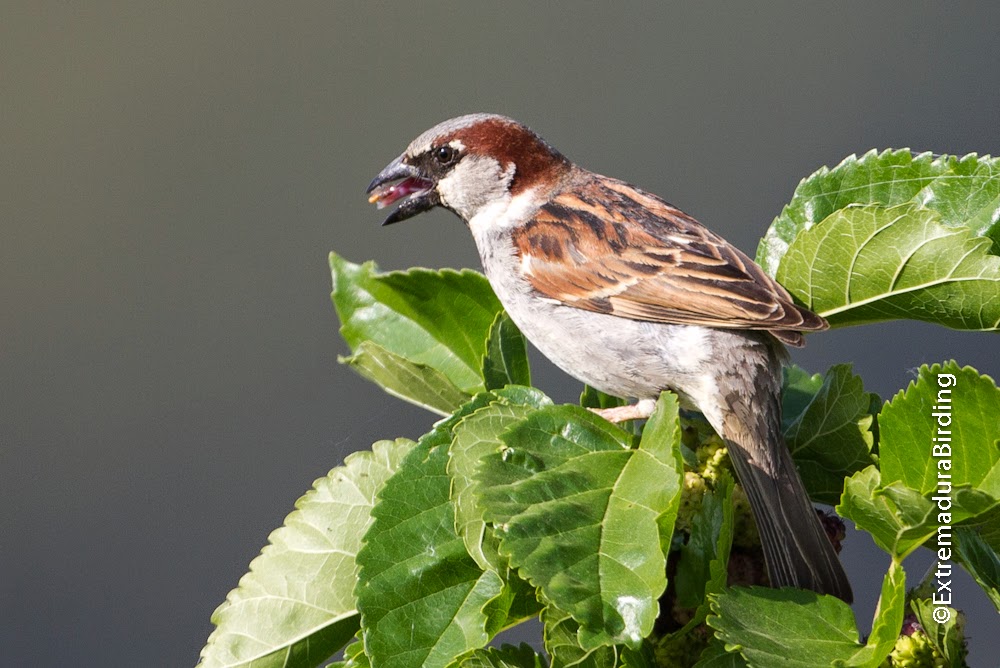 A family of House Sparrows too 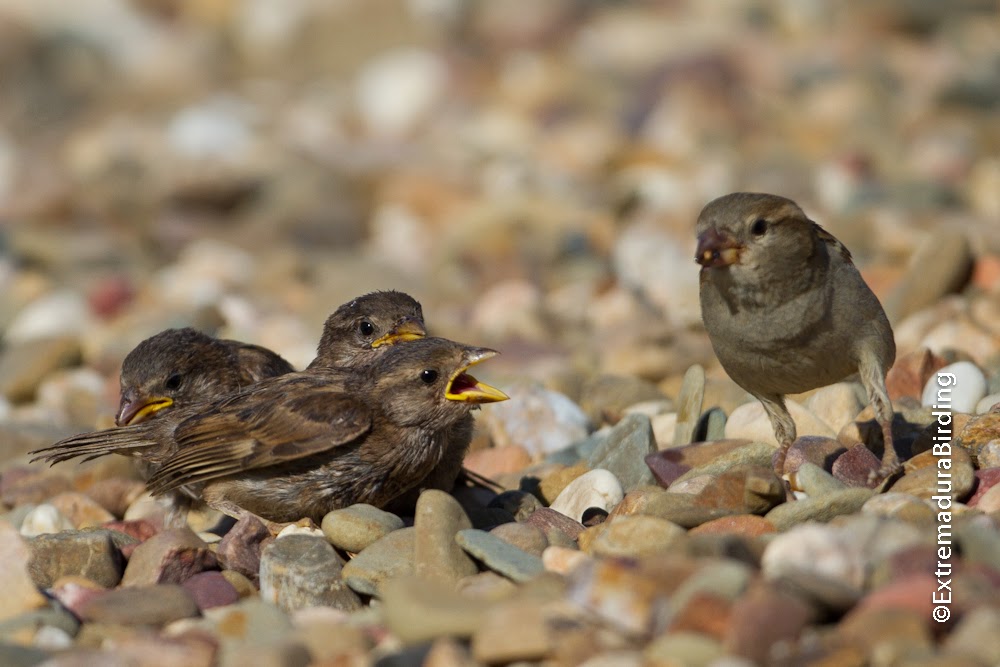 with mulberries for everyone. 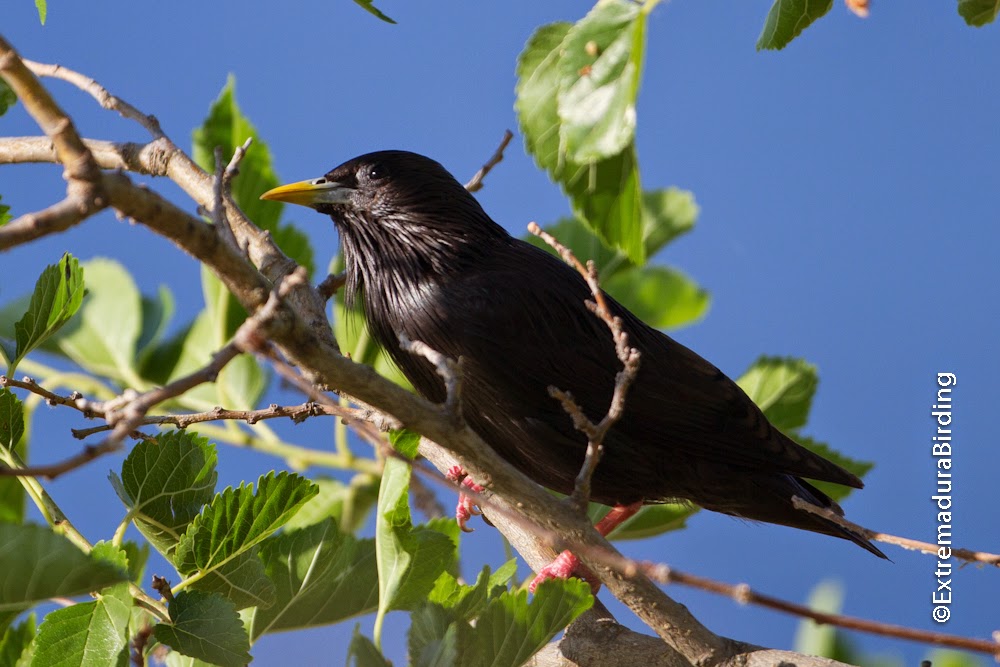 The Spotless Starlings living round the house are even warier than the Blackbirds.

And finally two vistors who didn't come for the fruit but for the profusion of small flies which appeared after a large hatch. 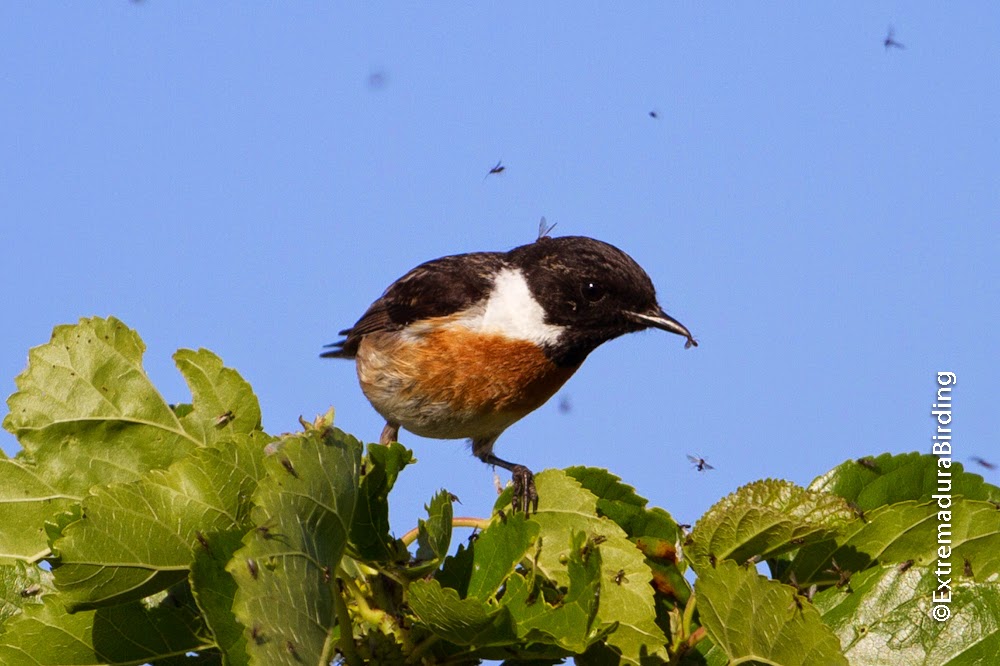 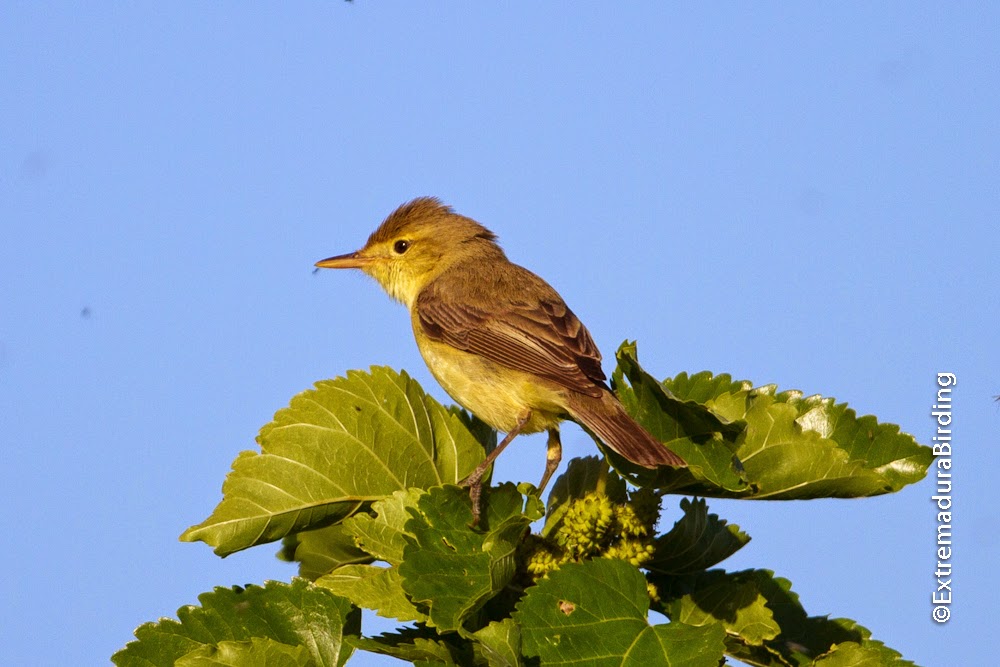